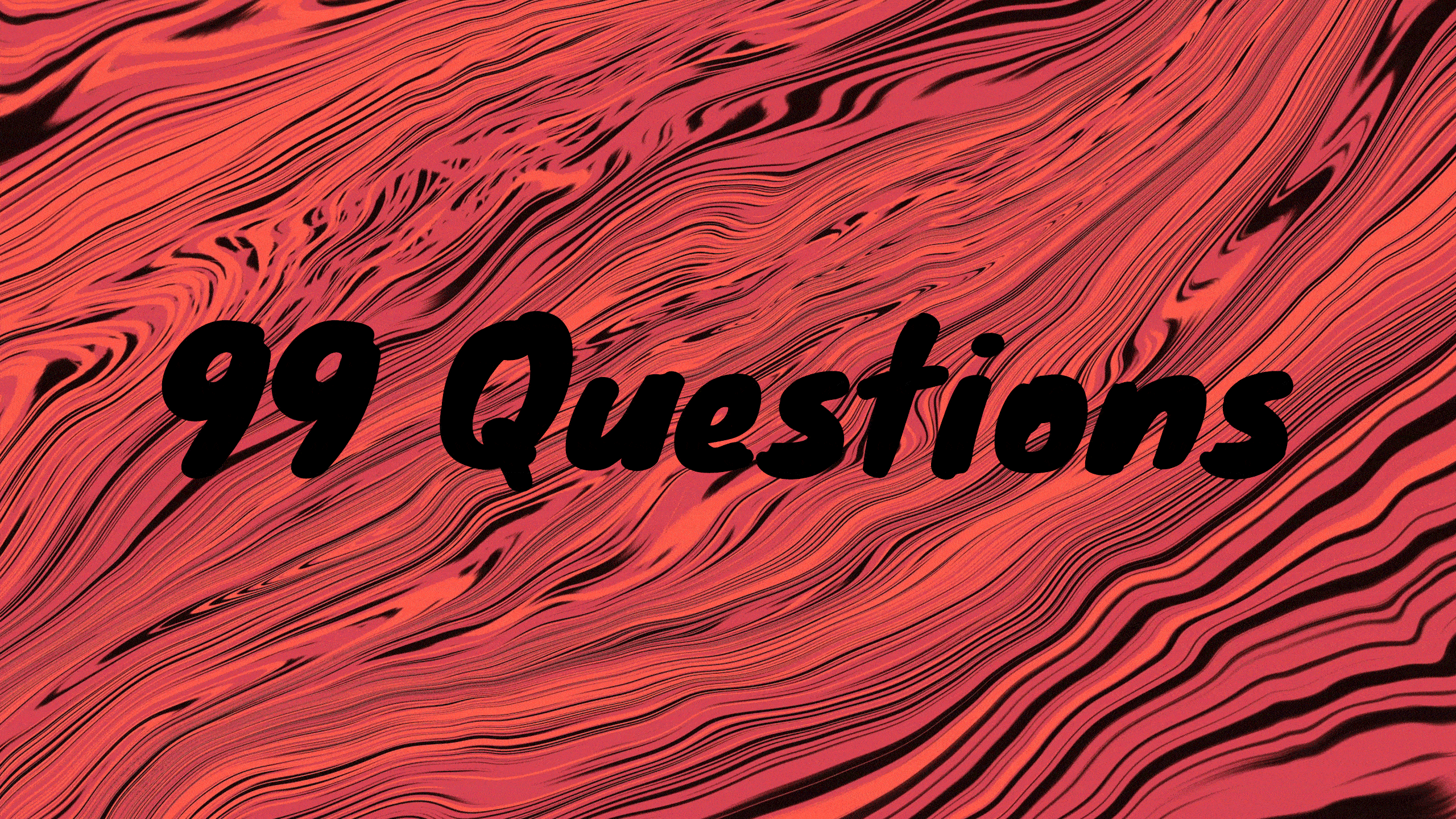 SUPERRR lab was invited to join the "99 Questions Gathering Impulse Sessions", which took place on Thursday, October 27th, where we had the privilege to learn from and listen to 5 brilliant minds engaging with questions pertaining to the future. For two days, the programme highlighted a combination of artistic impulses and talks concentrating on matters ranging from ecologies of knowledge to technology and digitalisation regarding restitution processes.

The impulse sessions, hosted by curator Michael Dieminger, were split into three parts, with art historian and writer Sara Garzón holding the initial presentation ("The Counter-Commemoration Movement: Indigenous Robotics and the Embodiment of Relational Epistemologies"). Her session concentrated on the decoloniality and ecocriticism of Indigenous art. A session titled "Collections, Data, Violence Against Knowledge Systems" by digital heritage specialist Chao Tayiana Maino and interdisciplinary artist Molemo Moiloa from Open Restitution Africa followed this. Later, filmmaker, strategist and writer Dr Njoki Ngumi and visual artist and film director Jim Chuchu from Nairobi-based arts collective The Nest dissected the language and ritual behind restitution in their session called "Restitution and Reparative Justice".

"The essence of Western technology (…) is capitalism."

In contrast to Western-derived technology, indigenous technology - which Garzón described as "the technological "- is not interested in mechanization; instead, practices and connections between humans and (non-human) deities are privileged. Furthermore, indigenous technologies are based on cultivating and enabling life and are deeply rooted in indigenous cosmologies. In contrast, Western technology as logic is based/premised on violence and domination, as historically, it has always been an aid to capitalism. This is discernible when considering the underpinnings of the Western patriarchal tradition of seeing oneself as "Homo Faber" (transl. "Maker Man") - as the sole creator of the world. According to Garzón, it quickly becomes clear how most Indigenous cosmologies believe they were created by the world, as they relate to land.

In the "Collections, Data, Violence Against Knowledge Systems" session, Chao Tayiana Maino and Molemo Moiloa (Open Restitution Africa) described how digital restitution barely distinguishes itself from the process of physical restitution, mainly because of colonial continuities solidifying in the digital realm.

That begs questions like: "How is data in digital collections stored? How is it accessed and presented? On whose precedent work do these digital collections rely?" and "What do the back ends of these collections look like?" These questions shed light on the many, many consequential errors that piled up, generation after generation, during the processes of acquiring and cataloguing these objects.

Like Sara Garzón, Chao Tayiana Maino and Molemo Moiloa stress how western technology was primarily used as a tool for domination and, ultimately, colonization. Think about how most objects were obtained: mainly through brute force enabled by the most advanced technology at the time.

"Only 1 in 24 authors on restitution of African heritage is actually African."

Today, there is a considerable shift in how restitution is discussed (online). Still, both the public and academic narratives rarely include African authors when in reality, most people writing about restitution and carrying the conversation forward are Africans. But who is referenced the most? Who takes up most space in these discourses? Non-Africans. Here, we see how even in digital spaces, the power dynamics of racism barely differ from those "offline". There are many reasons for the lack of inclusion of Africans on- and offline. Regardless, it is vital to understand that simply moving the conversation into a digital realm does not disperse existing power dynamics since most of the architects behind our digital spaces are white men. Learn more about this topic in Open Restitution Africa's report “Reclaiming Restitution“ and their podcast “Access For Who“.

"We need an intentional focus."

Subsequently, artist Dr Njoki Ngumi and Jim Chuchu from the Nairobi-based art collective "The Nest" critically examined the language of ritual behind the processes of return and restitution in their session titled "Restitution and Reparative Justice".

Chuchu explained how racial bias and gazes shape the language used to describe the reporting around these processes.  An especially gruesome and inhumane example was the restitution of Patrice Lumumba's body. Lumumba, a pan-African politician and independence leader from the Democratic Republic of Congo, was executed shortly after Congolese independence in 1961 after the Belgian-supported coup. After the execution, his body was dissolved in acid. The only remaining part of his body was a single tooth, taken by a Belgian police commissioner who - in his own words - admitted to taking it as a “hunting trophy“.

It took Lumumba's family more than 60 years to retrieve a single tooth. Chuchu demonstrated how the language used to describe this lengthy and tortuous process depicts the act as almost merciful. Some western news outlets used unthreatening language when describing the situation and attributed the Belgians an almost "positive" role. Ngumi highlighted how the linguistic framing and setting of this violent act almost renders restitution a benevolent white deed, placing favourable attention on the perpetrator and even further marginalizing the victims of colonialism.

"Re-setting" the technological tools of the process of restitution, both digital and physical into African led frameworks would allow it to be part of a re-situated and re-interpreted narration of the past that challenges the long shadow cast by Western colonialism.